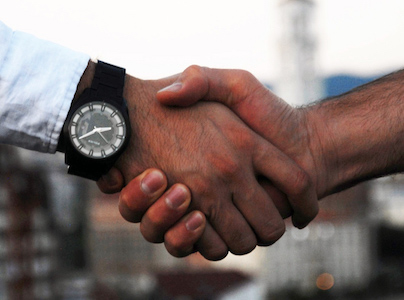 Everyone wants to be a better negotiator. The question is how to effectively do it.

Like everything else, the art of negotiation starts by having a conversation. It’s about being respectful, finding common ground, knowing what you want, and most importantly- listening.

Still, a conversation between two lawyers can be complicated at best. By employing a few techniques and tactics, it doesn’t have to be that way.

Many lawyers will prepare for days for a deposition but will not prepare for the most important aspect of the job — negotiating what the client really wants.

Before making a phone call or, ideally, meeting in person, think about the following:

Then role play and practice before the meeting, as if you’re preparing for your day in court.

People rely too much on email these days. That can be fine for follow-up. Many times it’s more effective to meet in person first to gather information before drafting a letter. Meeting in person also helps to reduce posturing and allows you to gauge the opposing lawyer’s reaction.

Master the technique of using pauses in discussion. Silence is an effective strategy.

At the start of the initial meeting, begin discussing something not related to the case, and find some common ground. Maybe it’s where you both went to undergrad or law school, people you know in common, an upcoming trip, or if you’re really desperate, the weather. Just find something.

Listen and be a detective.

Everyone likes to talk. Everyone wants to be heard. Be a detective in the first call and gather as much information as possible. Let the other side talk, and try not to only argue.

Getting the other side’s perspective is important before making an assessment. If you shut down the dialogue, then you can’t accurately assess the strength of the case. Instead, ask questions and show a willingness to provide information. Keep in mind, there typically will be a lot more shades of gray than black and white.

The more information you can gather, the greater chance you have of creating a meaningful conversation with your client about the claim and setting reasonable expectations of where to begin negotiations.

That’s why, the majority of the time, it’s usually best to not give a demand during the first call.

Accurately assess the value of a case based upon risk assessment.

For example, in a discrimination case against an employer with 70 employees, the maximum recovery allows for back pay and $50,000 in compensatory and punitive damages; that’s even if the client wins at trial. So, if the back pay is $20,000, the maximum amount to the client is $70,000.

That’s not going to be a realistic outcome to the client.

One of the biggest mistakes lawyers make is making too high of a demand or offering an insulting, low-ball offer that might cut-off real dialogue. Instead, make a high but reasonable initial offer to start the negotiation process.

For example, during a wage case where we sued a company for failure to pay overtime, the other lawyer initially called and said the case wasn’t worth much, put out a low-ball offer coupled with a comment about how the client wasn’t doing well financially. I rejected the offer and amended my client’s complaint to add the owner, individually.

The opposing lawyer achieved nothing, antagonized me, and ultimately caused his client to be sued individually.

Understand the role insurance companies play in the negotiation of claims.

It’s important to understand that adjusters view cases very differently from employers. Insurance companies tend to make cost-benefit decisions instead of having the emotions of the underlying decision makers. While many companies worry about setting a bad precedent and their underlying ego, that’s not on the radar for insurance adjusters.

Try different tactics to negotiate past an impasse.

If the negotiation train is not going anywhere, you have to find a different track.

Know that a final offer might not really be final.

Sometimes an offer is final and sometimes not.

If that doesn’t work, then call the other side out. Reinforce how they aren’t advancing our collective clients’ interests. Make sure to remind them if we continue in a stalemate we will land in litigation, which eventually costs more, especially when customers and employees are involved.

Then use the “I’ll push my client, if you push yours” mentality.

If the offer is truly final, ask the other side to put it in writing. Then you can share it with your client. Keep in mind, many clients often think final offers are not truly final.

Understand there is compromise in negotiation.

There needs to be movement. Both sides need to be reasonable for a resolution to work.

No one wants to look bad in front of a client. But if you’re dealing with a playground bully, you have to stand up to him and call him out. Sometimes the bully will see cooperation as a sign of weakness, which is why it’s even more important to take a firm stance.

Delaying, hiding information and being unreasonable usually won’t work. If it’s a real problem, raise the issue with the court, especially if the other side is being completely inappropriate or out of line.

Judges typically recognize this type of bad behavior. For example, in a FMLA case I handled, the court awarded us $450,000 in fees. Why? The court said the other side was being unreasonable in their positions. They scorched the earth during the litigation, which resulted in the court stating they only had themselves to blame for the fees.

With any type of negotiation, take the high road. Otherwise, you will be brought down into the mire with the other side.